On Saturday, March 20, the traditional award ceremony was held at the VI international tennis tournament St. Petersburg Ladies Trophy. The tournament organizers announced the names of the best journalists, photographers, bloggers as well as the results of the artists’ contest “Tennis and St.Petersburg is Tennisburg”.

On behalf of the tournament organizing committee we would like to thank everyone who participated in our events and activities.

It is the second year in a row when we are working with COVID-19 restrictions.

And we ought to restrict journalists’ access to the press-center and photographers – to photo center and court photo positions at SIBUR ARENA.

We do hope that we all will come back to the normal life soon and will work in the usual and comfortable regimen.

Vyacheslav’s widow Galina was taking part in the award ceremony. She handed over a diploma and the prize to Elena Mikheeva (SPORTBOX.RU), the best correspondent of this year. And St. Petersburg TV channel won in the “Best media on the tournament” nomination. 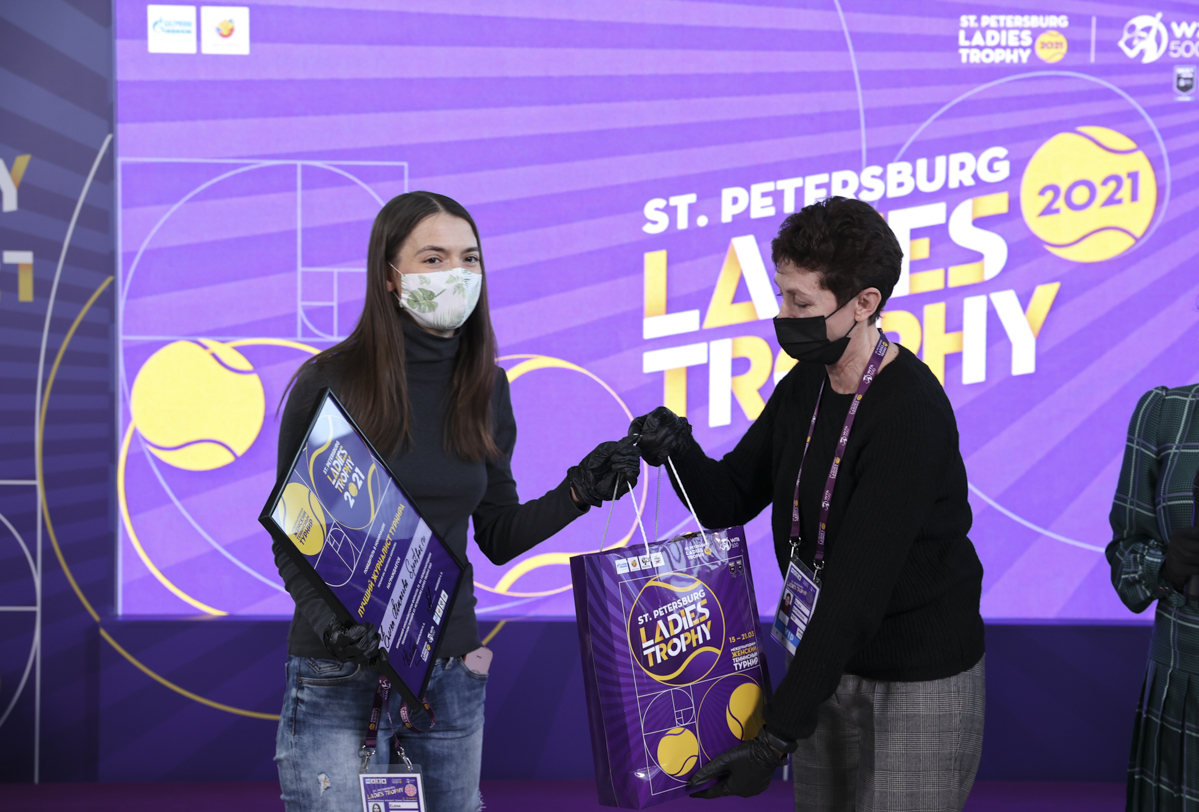 TV correspondents were covering the tournament and tennis fans from St. Petersburg could learn about the results from the evening news. Also, our colleagues take part in traditional tennis tournaments for journalists. 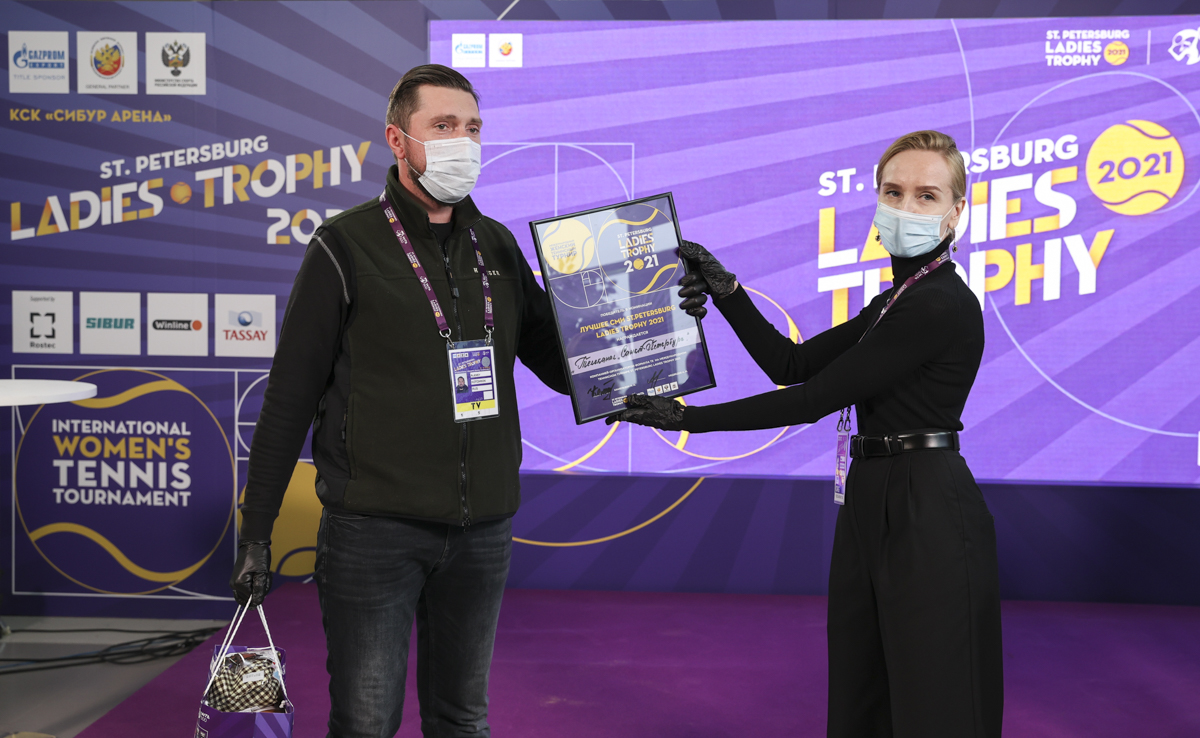 As a good tradition a photographers’ contest was also held at the tennis tournaments in St. Petersburg. Daria Kamenskaya (Gorod+) became the best photographer of the tournament. 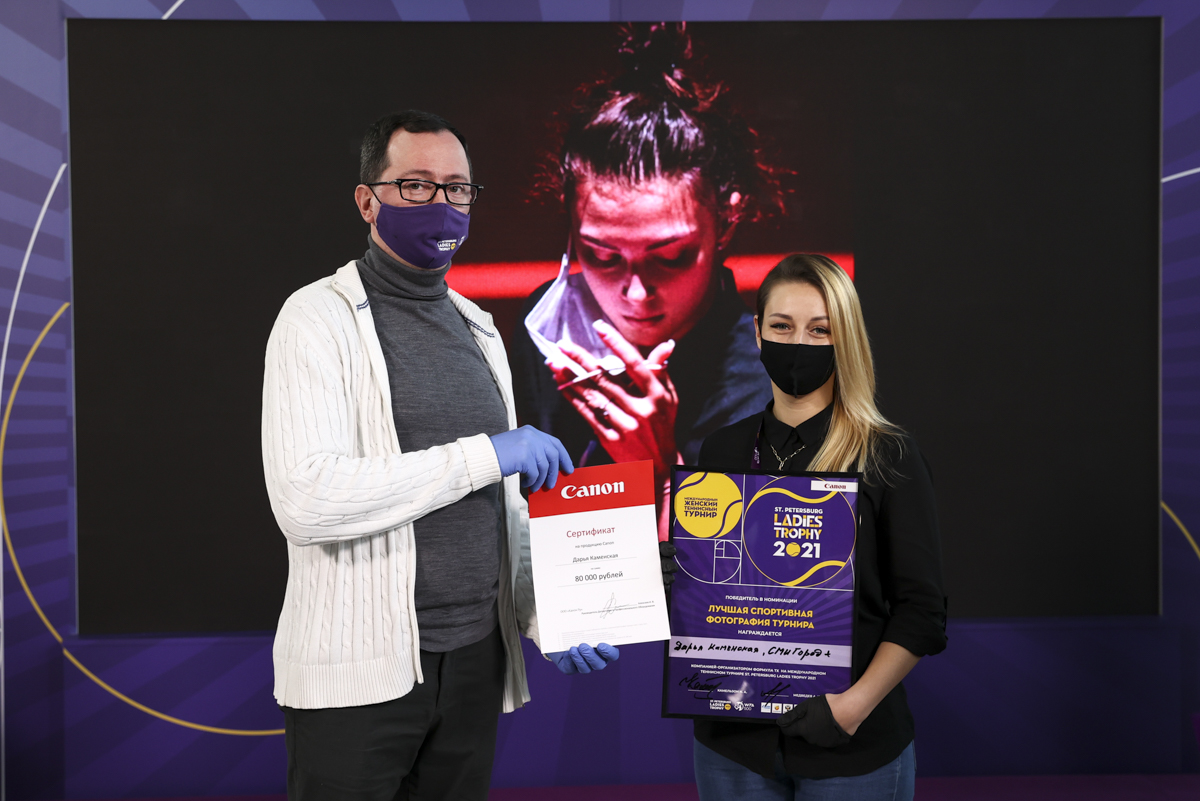 The amount of the active bloggers who were taking part in the contest increased. But only the best are awarded. Platon Margaev became the best eco-fan and won the nomination “I am the best fan”

And Olga Doronina became the best tennis blogger. A special gratitude was expressed to Karina Kuptsova for her active support of the tournament.

This year the organizers also decided to hold the paintings’ contest among the artists from St. Petersburg. Its name is “Tennis and St. Petersburg – Tennisburg”. Many masters of the brush and palette took part in it. And here are the best: 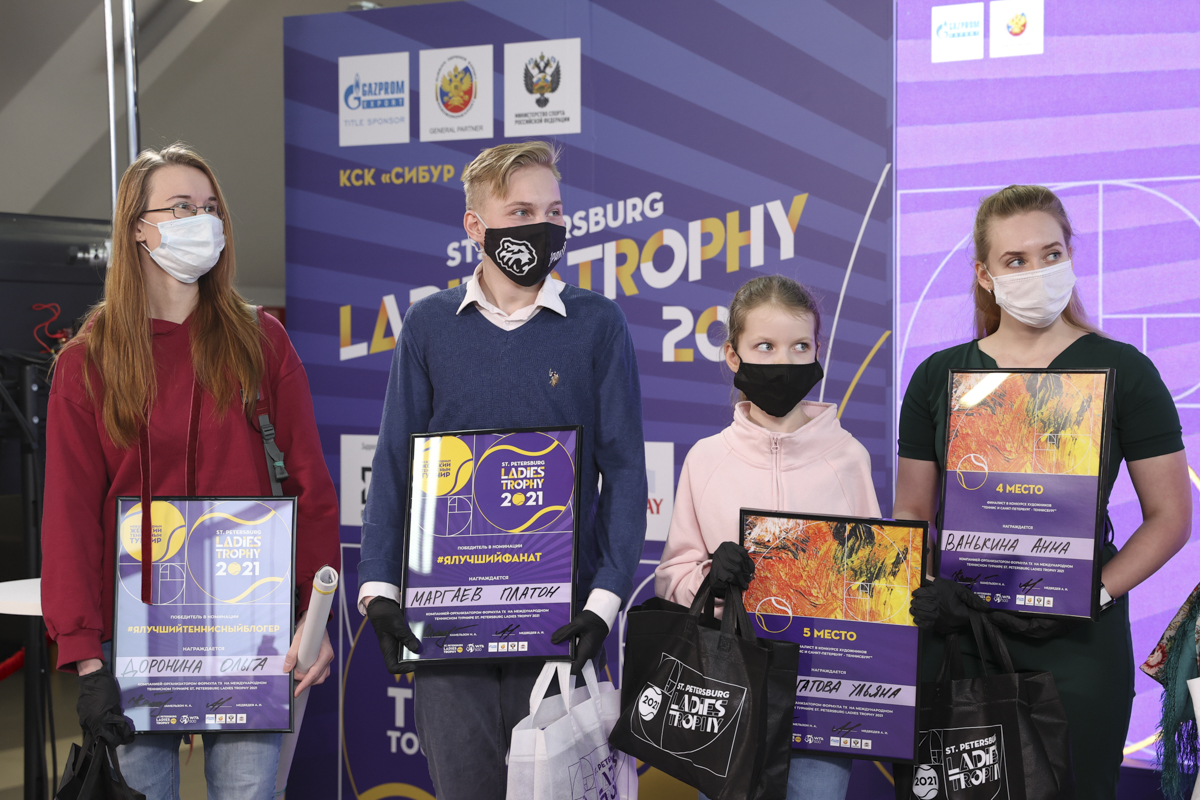 We thank everyone for their attention and love for our tournaments and we are looking forward to seeing you in autumn at St. Petersburg Open!

STAY TUNED AND COME TO TENNIS!